The continuation of the Bad Neighbor story.

At this point, in my story telling i want to take a moment to thank our savior, Princess. I’m not making it up, really her name is Princess. Princess worked some sort of voodoo cosmic magic super powers and got us signed up for the new apartment in next to no time and worked on our behalf to get a several of our transfer and processing fees waved (ended up close to 500$ in fees waved) to get us into the new apartment.

So we are on our way out, the managers office has offered to serve as a neutral third party to work out any disputes we might have but at this point everyone’s response was “Fuuuuuuuuuuuuck no’.

A week before we officially move, i come home to my girlfriend in fucking tears and out of her god damn mind. Why you ask? because my fem!neighbor had sent her another round of text messages.

Those text messages started up because my GF had started packing and of course being the giant that she is (shes 5’2” in case you werent aware, calling her a Giant is sarcasm on my part) she was making a ton of noise.

I shall not repeat the text messages but we did keep a copy of them and made sure that the apartment complex had their own copies of everything.

I ended up speaking to a very nice detective who advised me of my rights and we’ve even laughed over a few of the text messages our neighbor had sent my girlfriend.

Text Message from Bad Neighbor:
“Hey just wanted to inform u that on 2 different occasions-2 plain clothed men knock on my door asking questions concerning u guys… The 1st visit was last week- They flipped open and showed some kind of badge… a passport type looking thing with their photos on it and names with other information on it… I didn’t really read or look at it too hard but it seemed to be government issued… They asked me if I knew u, how long u have lived at the resident, and some other questions… I told them I don’t really know u guys, and my family pretty much keep to ourselves…The 2nd time they came I didn’t answer the door after looking in the peep hole and seeing the same guy with a different man… I don’t know who they are or what organization they’re from but they are looking for information on u and who ever lives above me… (personsnamecensored) told me not to say anything to u guys about it, and to stay out of it, but thought u would like to know”

Most of the phone call with the detective was about finding out what my rights were as a citizen. He explained to me at great length and detail about how to file a restraining offer and since we were moving. He volunteered to go over to our neighbor and tell her to leave us alone as we were moving. I accepted of course.

i came home that afternoon (this is the night before our move) to hear our neighbor screaming at someone about cops showing up to talk to her. My first reaction was ‘oh shit, this just went from 0 to 100 super fucking fast.’
I’m upstairs in two shakes of a lambs tail and in the door to see Roxy finishing up the packing and an odd look on her face.

‘You okay?’
‘yeah why?’
‘because our neighbor is yelling at someone rather loudly about the cops showing up i think and i wanted to make sure it wasnt you.’
‘nope.’
‘oh.. okay’

and the rest of the evening went by without an incident. 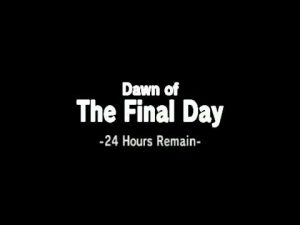 Moving day is here. We have mountains of paperwork to fill out with Princess before she’ll give us keys.
while we are filling out paperwork, the general manager of the apartment complex we are moving from and moving too (Yes, we stayed with the same company that owns both apartment complexes because they are super cool) comes over and starts talking to us about everything that was going on. Up until now we haven’t ever met ‘Greg’ (cant remember his name  so Greg will work) but he’s done a lot to push our paperwork through and make things easier for us.

That conversation with Greg before he left to take care of business turned out to be amazingly informative.

That is pretty much it for the bad neighbor story. i’ll try and add a few more details but this covers the main gist of things. i wanted to get it all of my chest.
Once we got out of the apartment we havent heard anything from them and we dont expect too. We have all of the paperwork ready to file a restraining order if we need too but Girlfriend and i felt it best to just leave it all behind us.

Oh, one more thing.
When the movers arrived, we had to get creative with moving some of the larger things.

I sent this photo to my father who is a Safety Manager in new mexico. his reply back was ‘Not OSHA compliant. I Do Not Approve’